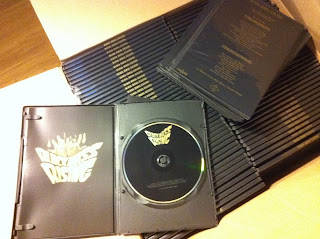 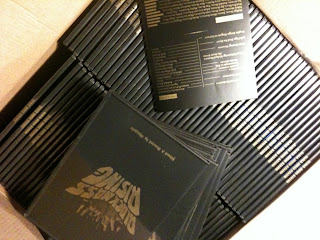 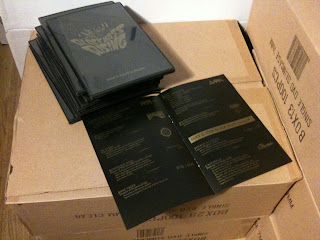 Now that the packages are ready to sent immediately...
The STRIKES in Brussels & Whole Belgium appears.
We wont be able to send them before friday 23
For the people who were expecting the dvds on time, for Christmass
unfortunately, this wont happen!
We are very desapointed , we really did our best ! !
and we could not Control this !
Post offices were shortly open, with MASSIVE amount of people!
They are now closed in our neighborhood, closed tomorrow too because of those strikes.
On Friday morning, first hour ,we wil send the full amount of Dvds we have sold.
Sorry for this!
Shazzula
BLACK MASS RISING SOCIETY///
Publié par SWAMP! à 07:17 Aucun commentaire: 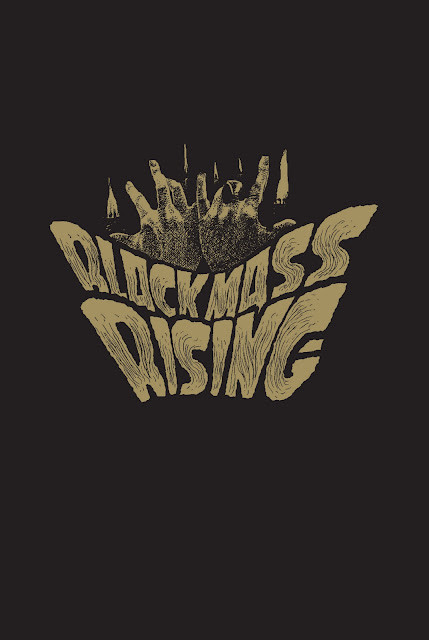 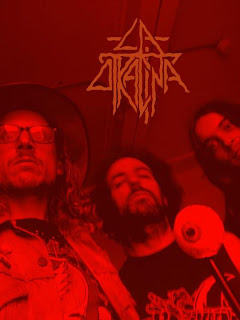 LA OTRACINA is the New Wave of Psychedelic Heavy Metal, a contemporary musical vision exploding with classic influences and mind-warping sonic fusions! Their sound is a dense and majestic universe where the epic glory of 70’s proto-metal and hard-rock dance with the graceful complexity of cosmic progressive rock and the hallucinogenic mystery of heavy psychedelia, and all the while free-form improvisational interludes give way to poly-rhythmic thrash assaults and spiraling jazz-rock freakouts!
Formed in Brooklyn, NY in 2003 by drummer/vocalist Adam Kriney and guitarist Joshua Anzano (TITAN/CHILDREN), LA OTRACINA was always hell-bent on creating highly visionary music that collided sonic ideas from the outer reaches of heavy and weird. Since that time the group has amassed a huge discography on labels including Holy Mountain (OM, LESBIAN, SIX ORGANS OF ADMITTANCE, MAMMATUS), Foxy Digitalis, and Kriney’s own Colour Sounds Recordings. As a live entity, they have embarked on endless US tours and 1 Italian tour, in addition to countless shows in their hometown. Their tireless work ethic and far-reaching musical abilities have earned them a devoted cult following in the underground psychedelic/heavy music world, and their live shows leave fans screaming and fist-pumping in ecstatic awe!


2012 will see LA OTRACINA annihilate Europe with a 2 month tour from April through June, kicking off with ROADBURN Festival and ending in south Europe on a private event (no info can be gived)

Press:
“8/10. LA OTRACINA are raining death from above with their wah-wah pedals. This time, their instrumental psychedelia arrives fortified with Tom G. Warrior-style vocals and some newly acquired Black Sabbath vinyl. These Brooklyn weirdos will chase a quality jam wherever it leads them, from plodding doom into an epic Iced Earth gallop, out-of-control rocket rides, peyote-fueled muscle cars racing across the Mojave, and excursions into the Hawkwind sector of the galaxy. The sheer breadth of LA OTRACINA’s fantastic voyage makes it one worth taking.” – Decibel Magazine

“La Otracina aren't holding anything back, but they ARE making damn sure they're tighter and heavier and probably catchier than your band. Unless your band is, like, Pharaoh Overlord or Mammatus or Danava or something, in whose illustrious company La Otracina definitely belong. If you can imagine a New Age version of the Saviours you'd be close, though on “Reality Has Got To Die” these guys have almost moved beyond comparison, whilst making an album seemingly focus-group tested entirely at Aquarius Records. In other words, recommended!" – Aquarius Records

Ask for AVAILABLE DATES please!
If you are interested in booking gig/s or just need more info don't hesitate to contact me writing a mail to mrminik@ymail.com or swamp.promo@gmail.com!
Publié par SWAMP! à 16:21 Aucun commentaire:

For the ones who pass by here....
A short message to let you know that LA OTRACINA is looking for gigs in europe.

Hello to the people passing by...

First of all,THANK YOU for your interrest!

As you may know, I'm nomore a band member of Aqua Nebula Oscillator.

Just wanted to say that I had lot of pleasure meeting some of you during these 4 years, through live gigs or Myspace or facebook or whatever.

The band still goin on... yes... with Different band members,knowed under the name of "Osphaeratu".

I do not have any problem with the new band members actually.
I do respect their work and their choices. Me and Simon follow Vince Posadzki our drummer. (Under The Moon Of). We do not stop and continue on different directions.
Im not sad,just will miss to play those songs and jams with that sound.
But Im not stopping!! Im working on different projects,Ill keep you updated for sure!
The Myspace of Aqua Nebula oscillator is not the same anymore.
For any requests regarding the band please do contact DAVID SPHAEROS here:
aquanebulaoscillator@gmail.com
All the best to you,
Im definetely OUT of The cave!
S.
Publié par SWAMP! à 15:40 4 commentaires:

SWAMP!
SHAZZULA /// swamp.promo@gmail.com/// We arent a booking agency but we Want to promote the bands,we want to spread their sounds,we want them to be booked!